VSU unveils signs honoring four Alumnae who have had a major impact on the University. 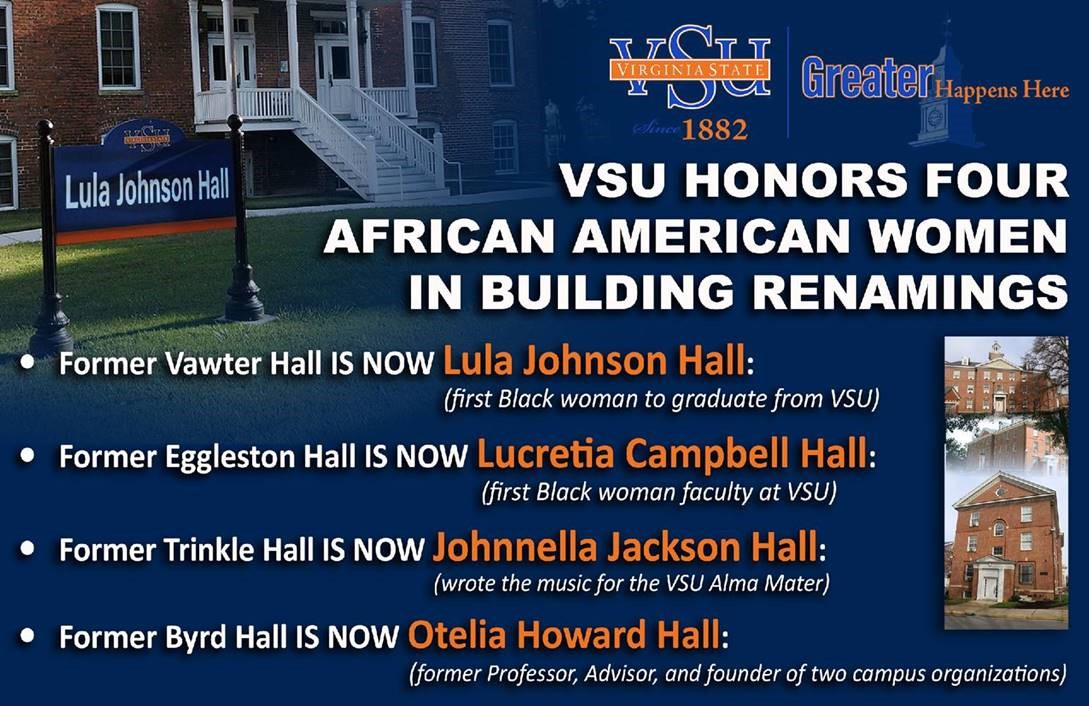 “As an Historically Black University, VSU has always set the tone of celebrating those who came before us to create the legacy that we have today,” said VSU President, Makola M. Abdullah. “ Unveiling names that celebrate and honor amazing black women, especially those who have contributed to our VSU history in such an impactful way, shows that we proudly make space for and celebrate those up-and-coming trailblazers who have in the past, and will in the future, make Virginia State University their home.”

The decision to rename the buildings was to ensure that our campus environment reflects the institution and is a source of pride for the students, faculty, alum and staff who live and work inside those buildings. The selection of the new names is the culmination of deliberate research while taking into account Virginia State University’s current mission, history, values, and beliefs in equality.

“The return to campus for students is on the horizon and what better way to welcome them back than with improvements to campus. These building will now reflect that very history and mission that Virginia State University is all about,” said Tonya Hall, Vice President for External Relations. “Students can now visit these halls and feel a sense of pride in the amazing black women that helped to pave the way for our Institution to be what it is today.”

In March 2021, VSU announced the removal of the names and signs identifying the four buildings saying the buildings were named for individuals whose past beliefs were not consistent with the beliefs and legacy of Virginia State University.