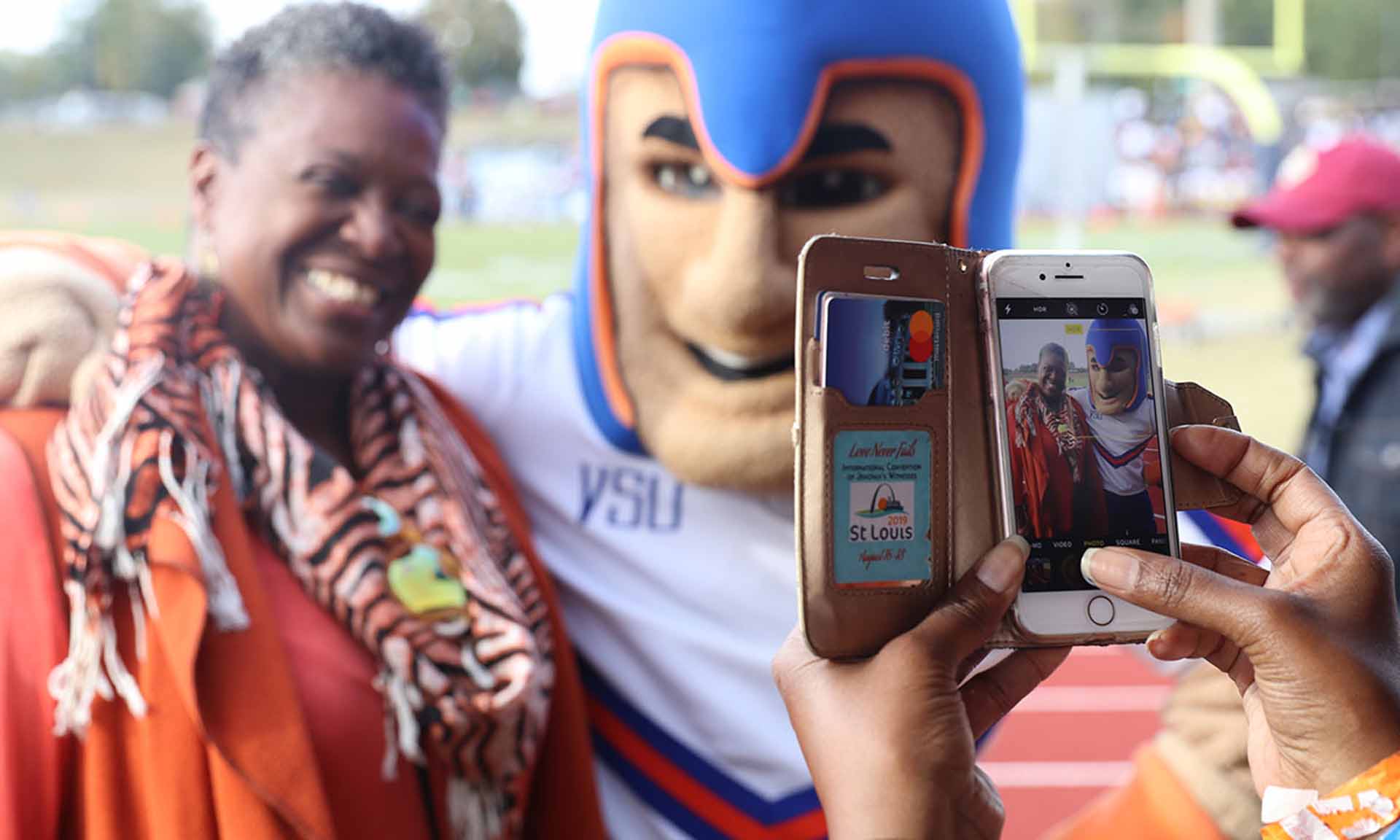 VIRGINIA STATE UNIVERSITY, VA- Virginia State University (VSU) will receive a very generous gift on behalf of former VSU President, Eddie N. Moore, Jr. Mr. Moore, who served as VSU’s 12th president from 1993-2010, has gifted VSU half a million dollars. The gift comes in the form of a bequest from Universal Corporation on behalf of Mr. Moore.

Mr. Moore served on the Board of Directors for Universal Corporation for more than twenty years. In gratitude for his service, Universal Corporation will donate a million dollars to charities chosen by Mr. Moore. He has announced that the monies will be divided among several charities with the bulk, $500 thousand, going to VSU. “I believe in education and I believe in the work of VSU. I spent 17 years at VSU, and there is a part of my heart that will forever remain there,” says Mr. Moore. “I thought it only right that I leave VSU in my will so that the University can continue the work of transforming lives.” 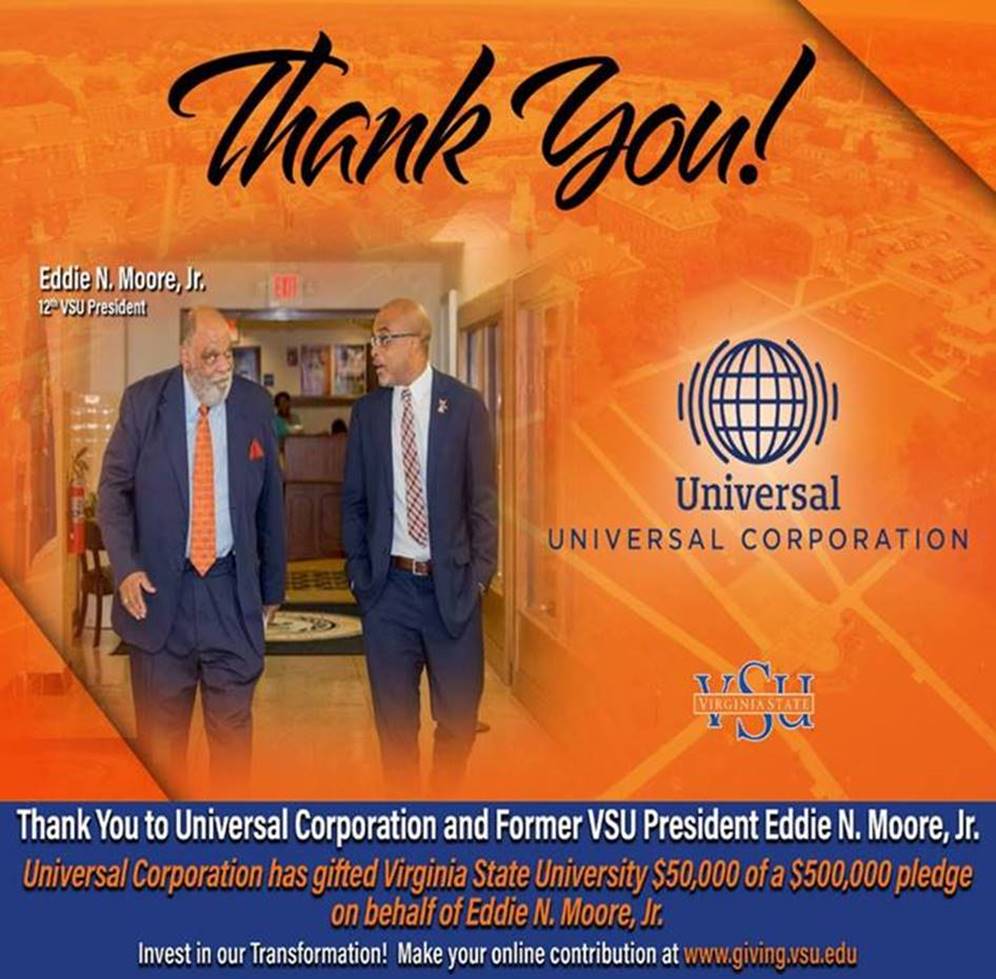 The University will receive 10 percent of the monies now. The remainder will be awarded posthumously over ten years. “This is a generous gift from President Moore. He did a phenomenal job during his tenure at VSU, and we appreciate him continuing to think about and facilitate funding for the students at VSU,” says VSU President, Makola M. Abdullah. “We also thank Universal Corporation for partnering with President Moore on this gift.”

Mr. Moore’s wife, Elisia, is a graduate of VSU. There is a living and learning center on campus that bears their name. With this gift, VSU will create an endowed scholarship fund with the VSU Foundation.

Mr. Moore, a former Treasurer for the Commonwealth of Virginia, is credited with creating financial stability during his tenure at VSU. The VSU operating budget grew from $48 million in 1993 to more than $86 million in 2009, the Capital Campaigns raised $11.6 million between 1994 and 2000 and surpassed the $20 million goal between 2006 and 2009, and the VSU Endowment grew from $2.5 million in 1993 to over $20 million in 2009. During his tenure, the Presidential and Provost Scholars Program was established and provided financial assistance to more than 850 students.