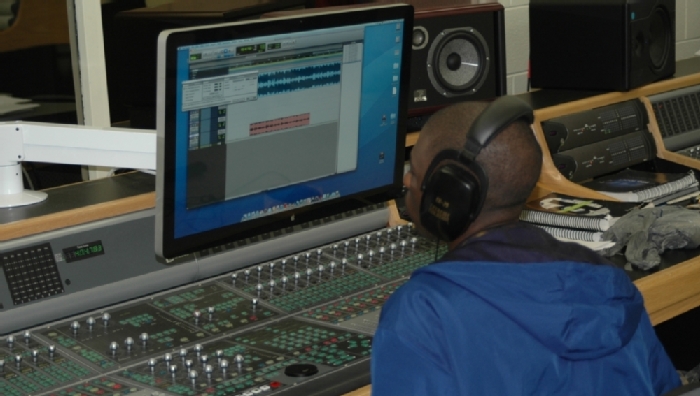 The Pro Tools Lab was completed in 2012 and is funded by a Title III grant from the U.S. Department of Education. Four separate courses focusing on the sound mixing, recording, and mastering processes are taught in the lab, which has 11 work stations.

The lab is also responsible for the new digital reclamation project to digitize, and thus preserve, the sound collection of jazz programming pioneer Yale Lewis and the music collection of legendary composer and performer Dr. Billy Taylor, a VSU alumnus.

Taylor's collections were acquired by VSU's Special Collections/Lindsay-Montague Archives from Civil Rights pioneer Oliver W. Hill Sr. Dr. Taylor, who passed away in 2010, was a Jazz Hall-of-Fame performer and composer who was an influential musician and teacher. He was one of only three jazz artists appointed to the National Council of the Arts, and also served as the Artistic Advisor for Jazz to the Kennedy Center for the Performing Arts, where he developed a number of acclaimed series including the Louis Armstrong Legacy series.

Taylor also received two Peabody Awards, an Emmy, a Grammy and many other awards during his lifetime. He was a 1942 graduate of VSU.