East Africa: Parthenium (Parthenium hysterophorus L.), a native plant of tropical and sub-tropical America, adversely affects food security, biodiversity, and the health of both humans and livestock in eastern and southern Africa. Parthenium reduces the yield of many major crops such as teff, sorghum, and corn; it competes with preferred pasture species; and, when consumed by domestic animals, it taints their milk and meat, thereby reducing their value. Parthenium also affects human health through issues such as severe contact dermatitis and respiratory problems. In addition, because of its ability to release toxic chemicals, parthenium can replace natural vegetation, adversely affecting plant biodiversity in infested areas.

From 2005 to 2014, the U.S. Agency for International Development, through the Integrated Pest Management Collaborative Research Support Program housed at Virginia Tech, awarded grants to VSU to implement the first two phases of a project aimed at developing an integrated management system to abate the spread of parthenium in southern and eastern Africa. The first two phases of the project focused on: completing a detailed survey of parthenium in eastern and southern Africa; setting up Ethiopia’s first biocontrol quarantine facility at Ambo; establishing rearing sites; and building the human and physical capacities needed to conduct biological control research in host countries. Researchers used the Ambo facility to evaluate the host range of two insect biocontrol agents for parthenium, showing that both the leaf-feeding beetle Zygogramma bicolorata and the stem-boring weevil Listronotus setosipennis are safe for release. Relying on data gathered at Ambo, the Ethiopian government granted permits to release both agents.

VSU was awarded a competitive grant of $748,465 in 2015 for a third phase of work on parthenium weed in East Africa, to run through 2019. Scientists from six countries are collaborating to implement the project, focusing on the biological control of parthenium in Ethiopia, Tanzania, and Uganda. In July 2016, Zygogramma was released in Western (Guder), Central (Wollenchiti), and Eastern (Haramaya) Ethiopia. The picture above, taken in Wollenchiti in September 2016, shows how Zygogramma has defoliated parthenium plants while leaving alone two major crops, corn and teff. 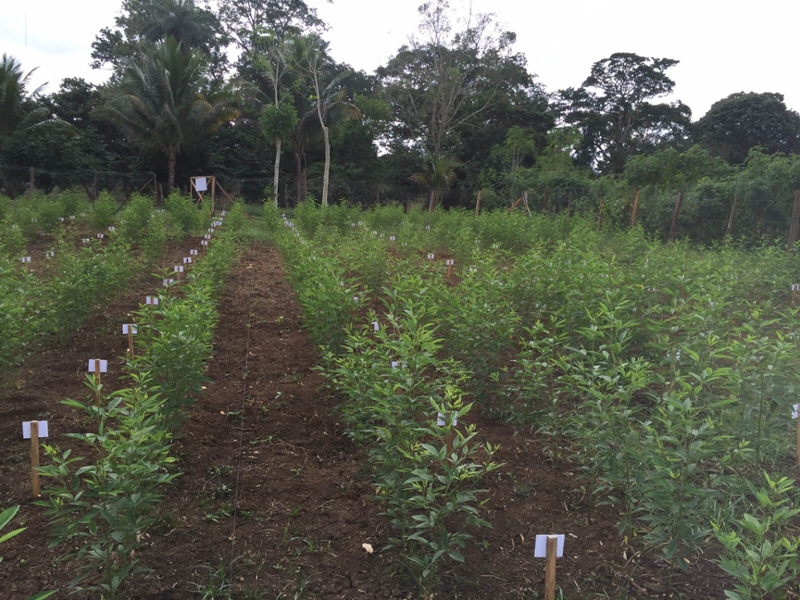 Central America: ARS researchers are working alongside faculty from VSU Cooperative Extension to help agricultural scientists in Guatemala improve food production in their country. The project focuses on pigeonpea, a nutritious food legume that grows well in a hot, dry climate. With funds from USDA-Foreign Agriculture Service (FAS), VSU’s researchers have supplied seeds from 100 pigeonpea lines to Guatemalan farmers for planting. The VSU team will follow up with a site visit to Guatemala to advise farmers on selecting and establishing the best of the pigeonpea cultivars.

In 2016, VSU hosted the Animal Biotechnology Research Summer Institute at ARS. The Institute was organized as part of The Center of Excellence for International Engagement and Development, a national program funded through USDA-FAS and USDA-Animal and Plant Health Inspection Service and designed to increase diversity in the international agricultural workforce. VSU received a sub-grant to host the Institute, which covered such topics as world agriculture and globalization, the role of the World Trade Organization (WTO), the impact of domestic and international trade on plant health, an introduction to biosecurity, regulatory tools for safeguarding and protecting plant health, an international and domestic regulatory framework in plant protection, and regulatory enforcement and specialty areas. After completing an online Global Studies Abroad course, selected students also participated in an experiential training/study abroad trip to Guatemala and Guyana.