Virginia State University was founded on March 6, 1882, when the legislature passed a bill to charter the Virginia Normal and Collegiate Institute.

The bill was sponsored by Delegate Alfred W. Harris, a Black attorney whose offices were in Petersburg, but who lived in and represented Dinwiddie County in the General Assembly. A hostile lawsuit delayed opening day for nineteen months, until October 1, 1883. In 1902, the legislature revised the charter act to curtail the collegiate program and to change the name to Virginia Normal and Industrial Institute. 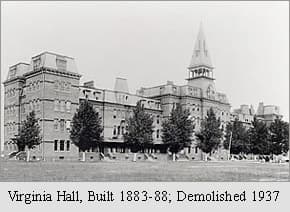 The University is situated in Chesterfield County at Ettrick, on a bluff across the Appomattox River from the city of Petersburg. It is accessible via Interstate Highways 95 and 85, which meet in Petersburg. The University is only two and a half hours away from Washington, D.C. to the north, the Raleigh-Durham-Chapel Hill area to the southwest, and Charlottesville to the northwest.

Virginia State University has a long history of outstanding faculty and administration. The first person to bear the title of President, John Mercer Langston, was one of the best-known blacks of his day. Until 1992, he was the only black ever elected to the United States Congress from Virginia (elected in 1888), and he was the great-uncle of the famed writer Langston Hughes. From 1888 to 1968, four presidents - James H. Johnston, John M. Gandy, Luther H. Foster, Robert P. Daniel served an average of 20 years, helping the school to overcome adversity and move forward. 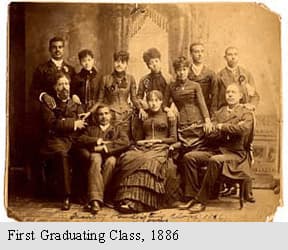